by josephmoore
Round 1, Isle Of Wight Pearl

First event of the year in the Stylus with minimal road testing to shakedown beforehand and I am absolutely staggered - 4th out of 34 drivers. Beaten by two drivers in a very sorted 750MC Locost used for circuit racing with a 1.3 Crossflow and a bog standard mk2 MX-5 with a phenomenal drifty driver. 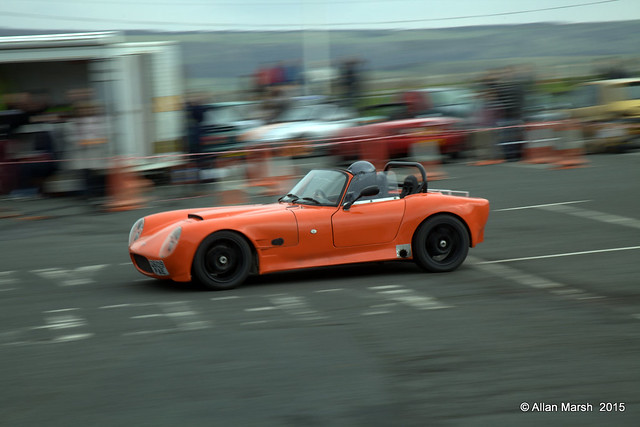 Following the change to a 2.9 steering rack with Rob's toe in setting and softer springs the car is much more compliant and turns in fantastically. In fact, it got a bit of praise from the guys who came 2nd and 3rd ahead of me in the fully sorted 750MC Locost. I felt quite rusty but posted consistently quick times, so we'll see how the rest of the season pans out. Benefited from it being a 1st gear only course - the gearbox is a bit notchy going from 2nd to 1st so any advice on how to make a Type 9 easier in that respect is welcomed.

One slight hiccup when then headlight unit decided to fall off - I promptly ran it over and it snapped a mount off the dip beam unit in the process. Fortunately the spade connectors parted and the loom was left unscathed. I've got 2 weeks to find a replacement and get the car MOT'd before the next event. Not sure how it happened - had wondered if the slightly lower ride height from the softer springs had caused some rub but I don't see how it can have as they're well out of the way. The marshall nearby said he was sure a clip came off when I hit a dip/bump just before the light unit fell out, so perhaps old brittle plastic gave up from being shaken around.

by stylussprinter
Very well done , I knew you'd get there in the end. Speed (not mph) always comes once you have confidence in the car , as opposed to it's actual set-up . You like your new settings so pushed hard -- job done

by josephmoore
Thanks Rob - she feels nicely balanced in all respects right now. Turn in, oversteer and general power levels are all nicely controllable and just where I expect them to be

Racing the Puma last year taught me a lot about being smooth in my inputs and its nice to feel the learning has paid off.

by josephmoore
Video report, with a bit of in-car from my 2nd run

by josephmoore
ROUND 2 - VENTNOR BOTANICAL GARDENS

That sums it up quite nicely...

8th out of 46 drivers. Narrowly missed out on 5th by clipping a cone on my fastest run. Some 7 seconds off the pace of the fastest time, but I left my bravery and spare underwear at home. Their experience in sprinting and circuit racing paid dividends in having the confidence to stay flat through some narrow gaps. 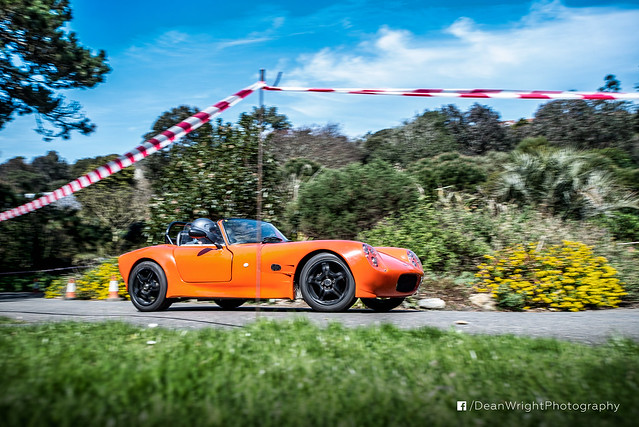 by josephmoore
Video report for the Botanic Garden event!

by josephmoore
ROUND 4 - NEWPORT FOOTBALL CLUB

(Round 3 was an unsealed surface event)

Mixed bag today. Bit of gunk in the accelerator pump jets made it run a little rough but I got that sorted out. Managed to put a couple of wrong tests in which is unusual for me, but that's how it goes sometimes. Final run of the day the door latch gave up and the door flung wide open which dashed my hopes of any quicker times. Seems the pin has come unstuck where its bonded to the panel behind.

Anyway, a 6th place which is enough to push me up into 3rd in the sealed surface championship. I'll have to work bloody hard to keep it though. The car's got it in it, but the driver needs work!

by stylussprinter
That's good then , keep the pressure up

Re - the door pin coming loose/off , my shutting pin I made from a bolt plus two very large (50mm) washers and two nuts. Grind the bolt head down to just a thin 2mm rim sticking out from the bolt edge with most of the bolt head cut off in height ---- drill the fibreglass , put one nut onto the threaded bolt the appropriate distance -- add one washer --- push the bolt through the fibreglass and add the other washer with nut -- VERY TIGHT -- job done and it's never going to come off , plus it can be adjusted

by josephmoore
Mine look like they're made from a stainless allen head bolt screwed into a steel plate which is (or was, rather

)bonded on the rear face of the bodywork. Have to get the wheel off and stick my head in there to investigate one evening this week.

The course was just about flowing enough to get into 2nd gear and leave it there using the torque of the engine and short gearing to keep the speed up in the turns. Ace video of four MX-5s overlaid here, which gives an idea of the course: https://www.youtube.com/watch?v=asl5gSnE1eA

Mostly beaten by the 750MC Locost (as usual - and 3rd place was that Locost, not a Subaru as the results sheet says) plus a souped up Mini and a couple of other kit cars with well over 200bhp, so I don't feel tooo bad about 6th but I think the old girl still has more in her!

by josephmoore
Cool video of all class 5 cars (of which there was some footage) on their third run. This was probably my most wayward run - back end all over the place and properly punted the cone on the final 360. It got discounted due to some confusion over a wrong test and the subsequent run was much more controlled and turned out to be my fastest of the day.

Still, interesting to see where I gain and lose time, and where I'm well off the fastest line around the centre cone.

Watching it back, I think most people had a particularly rubbish third run - we're all over the place!

by josephmoore
ROUND 6 - Isle Of Wight College

Damp damp damp. I struggled a little with the bravery required to keep the speed up having never run the Federals in the wet before and was probably 2 seconds off where I needed to be so came in 13th overall. The venue is a large car park with many kerbs, bushes and trees to hit. The course didn't seem to favour one car over another with Locosts mixing it with Minis, mx-5s and Imprezas fairly evenly in the top 10.

The carbs seem to be a bit gunky again and it was missing a bit low down so I'll have them off for another clean out before the next event I think.

Must make a roof of sorts. Thinking a half-hood type one but I need to decide how best to mount it at the rear as I only have the low roll bar so it'd need raising up to fit my head under. 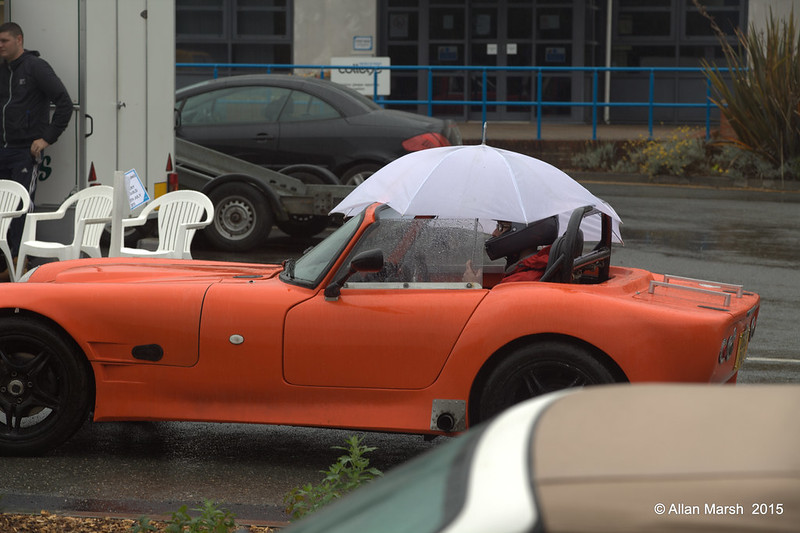 Must make a roof of sorts. Thinking a half-hood type one but I need to decide how best to mount it at the rear as I only have the low roll bar so it'd need raising up to fit my head under.

This is what I did on mine

Used one of the original roof bars. This had a strap to the roll bar to stop it moving forward and allowing it to be tensioned. the rear uses threaded eyes where the boot hinge mounting bolts went, and it fastens back on itself. The material was the heavy duty stuff from http://www.bags2cover.co.uk/ alond with awning tape on the front to fit into the shaped awning track I attached onto the top of the screen.

All removed and rolled up tiny so took no space at all.

by josephmoore
Ace photo, thanks - that's kinda what I had in mind. I've got a screen rail and I did go as far as making up some hoops before then decided that a full hood would probably just fog up and as long as the seats were kept dry it'd be good enough. A weekend with a bit of scrap material and some tinkering is probably in order.

by pigeondave
A few of the Fury guys have something similar but it looks like a pair of underpants from above as they have two semi circular zipped cut outs to make getting in an out easier. one drivers side one passenger side.
All times are UTC+02:00
Page 1 of 2